News from the World of Leading Edge Software 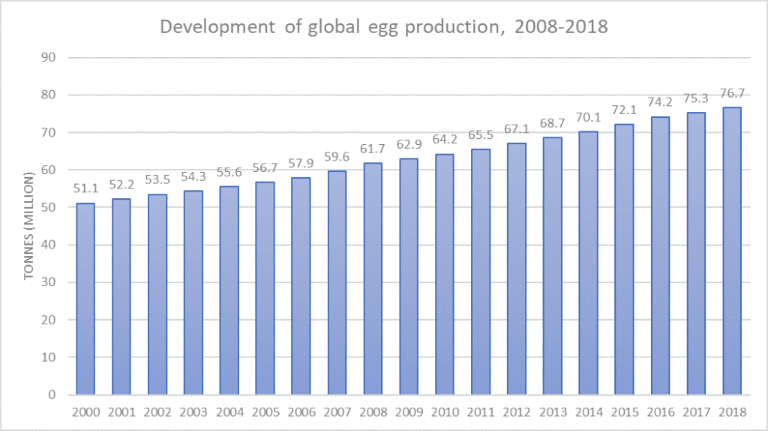 One could argue that eggs are ubiquitous, a staple in every diet across the globe, translating into the need for an egg industry in each country worldwide due to the shelf life of these nutrient packed ovals.  It comes as a rather surprising fact then, that the 10 top egg producing countries in the world account for a whopping 76% of the world’s total egg production.  What is even more shocking is that in 2018 the top producing country was responsible for 34% of the world’s production (466 billion eggs), with the second ranked country (group of countries) producing a seemingly minor 9% in comparison.  Without further ado, the top four egg producing regions are China, the EU, USA and India – responsible for almost 60% of the world’s eggs.  Figure 2 below reveals the top 10 egg producing countries in the world according to the FAO database. 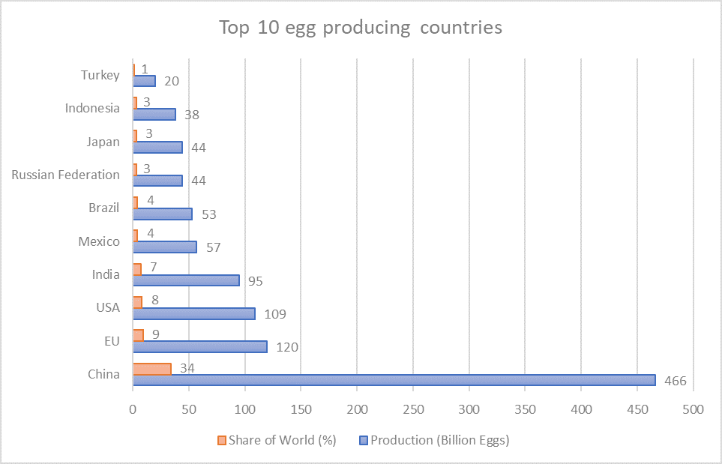 What is the takeaway from all of this?  EAT MORE EGGS!  Why wouldn’t you want to eat more of a food item that isn’t further processed (pretty rare in current times), is inexpensive when evaluated in terms of the quality of protein it provides and in plain English is just darn good for you!